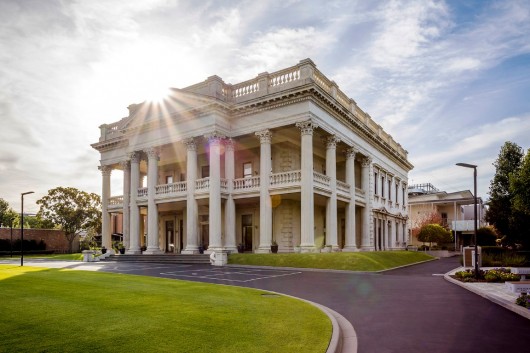 We have been enjoying a re-engagement with singing across the School in recent weeks and as we were rehearsing various songs for Easter in Senior School assembly on Thursday, I was struck by the effect of the collective female voice. It is quite an experience to hear girls sing together – they can sound simultaneously powerful, angelic, inspiring and resolute. It seemed apt to be reflecting on this at a time where we are hearing some strong female voices speaking out about issues such as consent and respect in the broader community. Girls need an education that encourages them to have a voice – a voice to speak up for themselves, a voice to speak out in protection of their own bodies and personal space, a voice to call out injustice or inequity and a voice to speak reconciliation and kindness into spaces of violence and exploitation. I am proud that our girls have a voice. This week I met with several groups of Year 12s to hear feedback from them about the start of the year. They spoke about things that were going well but were also not afraid to draw attention to things that could be improved or addressed. These young women are a breath away from entering the adult world and so need as many opportunities to practise using their voice to advocate for themselves. We will continue to strive to provide forums for them to do just that. I was also invited to a meeting of the newly formed “Year 1 Council”; an action group established to make important decisions – most recently about the naming of something in the School in honour of one of our predecessor schools “Winstow”. The Year 1 girls had organised themselves to convene meetings, brainstorm ideas, develop a proposal, take notes, write a letter, design a logo and finally, they invited members of the School Council and Executive Team to attend a presentation during which they pitched their idea and sought approval for it. For those of us who work each day alongside the Year 1s, it was not entirely surprising to hear the confidence with which they could articulate their ideas and advocate for their position, but for those present who work with students less often, they were amazed by the capacity of these 5 and 6 year olds to speak for themselves and communicate their thoughts. I am hopeful that opportunities such as this will continue to equip our girls with the skills and mindsets they need to develop into women who have a voice and are not afraid to use it!