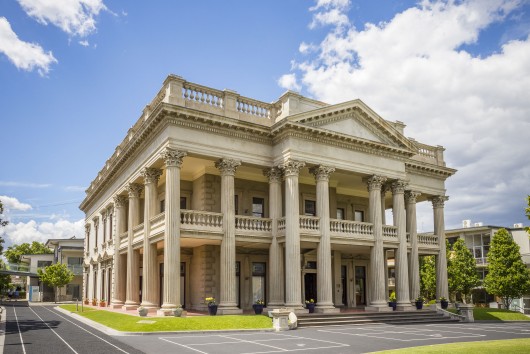 I have loved watching the Olympics during this last week or so. The dressage and the artistic gymnastics are some of my favourite events to watch – possibly because they connect me back in to two of my childhood hobbies, but I also love the excitement of the swimming and the drama of the kayaking! It is such a privilege to watch individuals operating at a level of performance that is the result of so much dedication and hard work. I know that many of the girls have been enjoying the various events and I am delighted that they can see excellence pursued in so many different sports. The pursuit of excellence is, after all, one of the Qualities we seek to foster in our girls and the Olympics provides a forum that can help them appreciate what it looks like in many, many different forms. It also highlights the price that is sometimes paid in that pursuit: many hours of training, moves away from family, and this year – the complexities of the COVID context that need to be navigated in the competition. The poignancy of the mostly empty stands has been a sobering thread through the otherwise mostly joyous spectacle.

This year has brought an added excitement because of the special Lowther Hall connection with Olympic rower, Ria Thompson from the Class of 2015. The highlight of my week was standing with the Year 12s to watch her crew take the Bronze medal in the final on Wednesday. The girls were so invested – it was as though they were cheering for a member of their family – and in some ways, I suppose they were! The Lowther Hall family is a particularly connected one, and I know that the current students felt a strong sense that one of their own was out there on that water – and then on that podium.

In these difficult times, where we find ourselves swinging in and out of lockdown and spending so much time in our own company, I am especially glad that our girls can have things outside themselves to be inspired by. It is all too easy to be seduced by celebrities and social media influencers who are crafted and constructed to provide unattainable (and often undesirable) examples of how we should be. In Ria and the other Olympic athletes, however, our young people can find role models who have, just like they can, dedicated themselves to a passion and worked hard to achieve the very best they are capable of in that endeavour. As one of our 2021 Rowing Captains observed after watching the Women’s Quad Final on Wednesday “Ria has stood where we stand” – it is a tangible reminder to the girls that if they are prepared to put in the hard yards, the world can indeed, be their oyster!