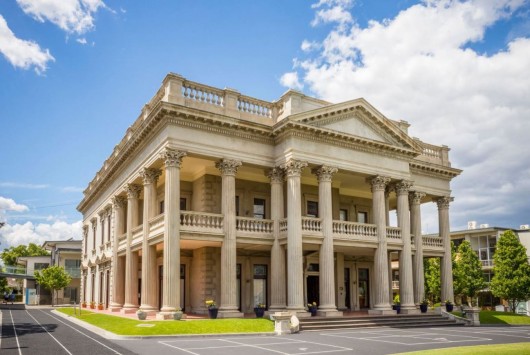 It is not unusual to see a rainbow as you move around the Lowther Hall campus. The Noelene Horton Centre, where the girls in Raymond House and Senior School have their Science classes, was specifically designed so that at various points, the glass in the building would refract the light coming through and create rainbows on the walls and floors. As part of their physics studies, students study this phenomenon and learn about the properties of light and the ways in which it is perceived. Rainbows are also visible in Blinkbonnie House, where a collaborative art project has facilitated discussion about colour and where, in Chapel, we have shared the story of Noah, the ark and the rainbow which was set in the sky as a sign of God’s covenant of relationships with all creatures of the earth.

In June, there are more rainbows than ever, as we celebrate Pride month. The Pride flag, with the rainbow colours, is flying at the front of the School during June as an indication that Lowther Hall is a safe space for members of the LGBTQIA+ community. In Senior School, the Pride Committee have launched the month by raising money for MINUS18 through a rainbow cupcake stall, they have hosted a bracelet making session and, in the final week of term, have organised a Pride disco for the Senior School girls.

As an Anglican School we watched with interest the discussion at the recent General Synod meeting (the National “Parliament” of the Anglican Church) where there was heated debate about the definition of marriage and the blessing of same sex unions. In a reflection of the times, Synod voted down a proposal to retain the reference to “man and woman” in relation to marriage – a welcome decision for the Anglican LGBTQIA+ community. Senior School girls will have an opportunity to learn more about this event at their final Chapel service for the term.

Some parents and caregivers have asked for more guidance about how to explain the Pride flag to younger children. At school, we would explain that people have many different types of families at Lowther Hall – some have two mums or two dads and that the flag shows that all these different families are welcome at our School.

I wish all of our Lowther Hall community, a happy Pride month!